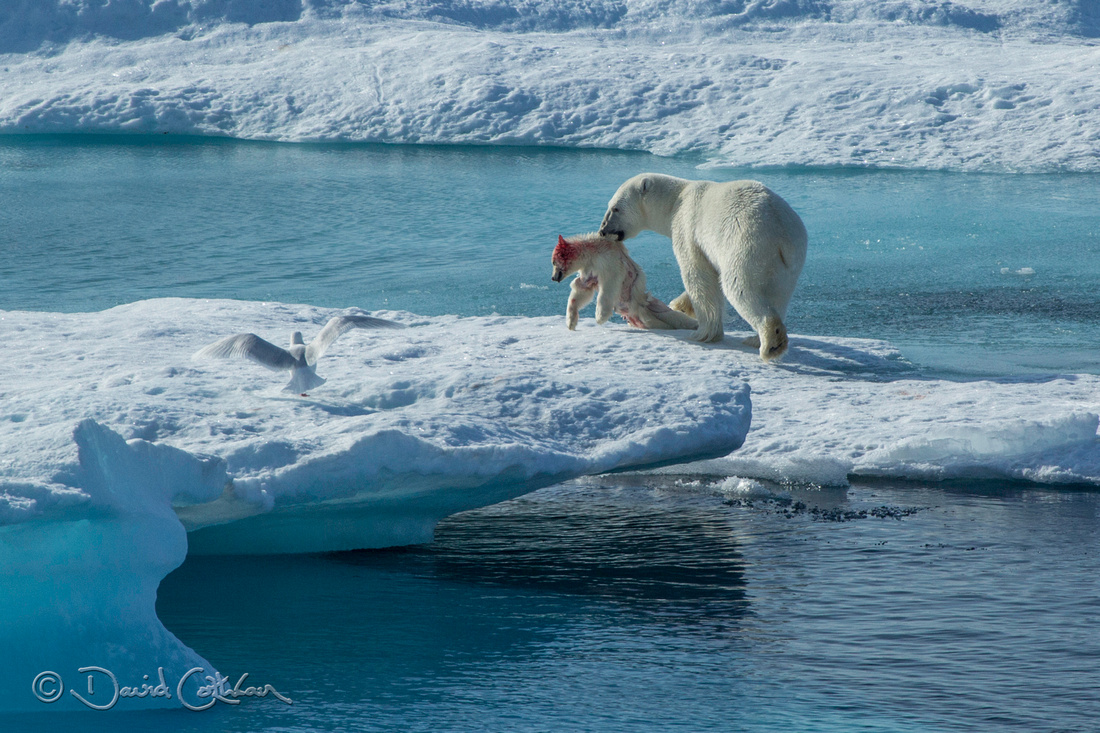 This image is not very pretty, perhaps even a bit shocking, but it records an incredible sighting from this morning off the east coast of Baffin Island.  Shortly after breakfast we came upon a young female polar bear with her cub walking slowly across a large piece of pack ice.  Apparently unknown to her, an adult male was resting on the same floe, ahead of her in the direction she was wandering.  When the female became aware of the male she turned and fled, but after a couple of dramatic chases he was able to overtake her and kill her cub.  Male polar bears are known to kill and eat cubs of their species, possibly to gain access to the female and to reduce competition for resources in the area where they are hunting.  It was a sad and shocking event  but also a thrilling, rare behavior to witness, something I never thought I'd see even after many years working here in the beautiful polar wilderness of the Arctic.